Referring to Hue, people not only mention the royal palace and the mausoleums, but also mention the natural landscape as well as the people here. Along with such beautiful places as bringing us back to the vast nature brings the aftertaste of the past, of history into people's hearts.

Truong Tien Bridge or Trang Tien Bridge (Thanh Thai Bridge, Nguyen Hoang Bridge, Clémenceau Bridge) was the first bridge across the Huong River in Hue and was also the first bridge built in Indochina at the end of the nineteenth century - early twentieth century according to Western techniques and materials. The bridge is designed in Gothic architecture by the famous architect Gustave Eiffel - who created the Eiffel Tower in France, the Statue of Liberty of the United States, ... designed. 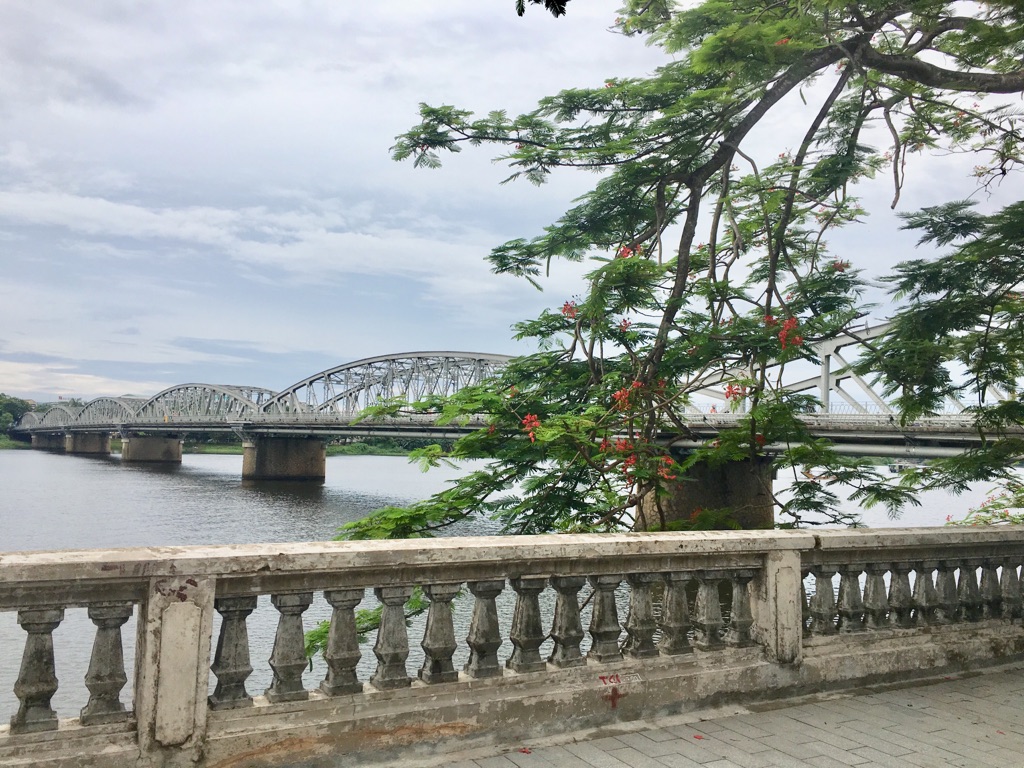 Cau Bridge has the shape of a comb with a length of 402.60m, the southern bridgehead in Phu Hoi ward, the north of Phu Hoa Ward, has long been considered one of the typical beauties of Hue. Through much ups and downs of history and collapsed three times then repaired and reconstructed intact, Truong Tien Bridge has always been a witness, symbolizing the land and people of the Ancient Capital.

Thien Mu Pagoda, also known as Linh Mu Pagoda is a sacred temple located on Ha Khe hill in Kim Long ward, on the romantic Huong river, about 5km west of Hue city center. Thien Mu Pagoda is one of the oldest temples in the ancient capital, built by Lord Tien Nguyen Hoang - the first god in Dang Trong in the year of Tan Suu (1601). 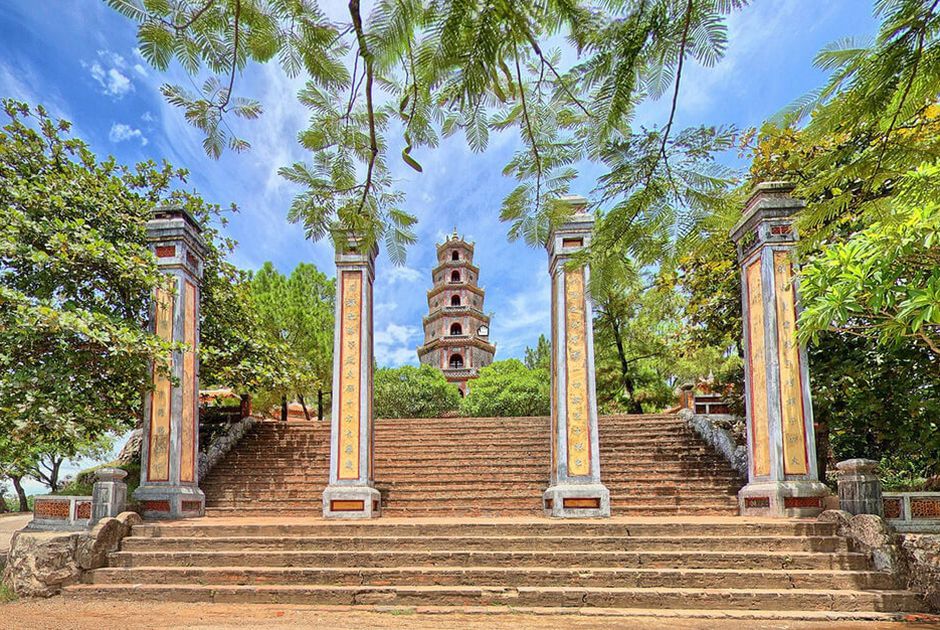 Thien Mu Pagoda possesses unique architectural works such as Dai Hung Palace, Dia Tang Palace, Quan Am Palace, ... and many valuable historical and artistic antiques. Especially, Phuoc Duyen tower - a symbol associated with the image of Thien Mu pagoda with a height of 21m, including 7 floors, each floor is worshiping Buddha statue, inside there is a spiral staircase leading to the top floor, where before used to worship Buddha statue in gold. 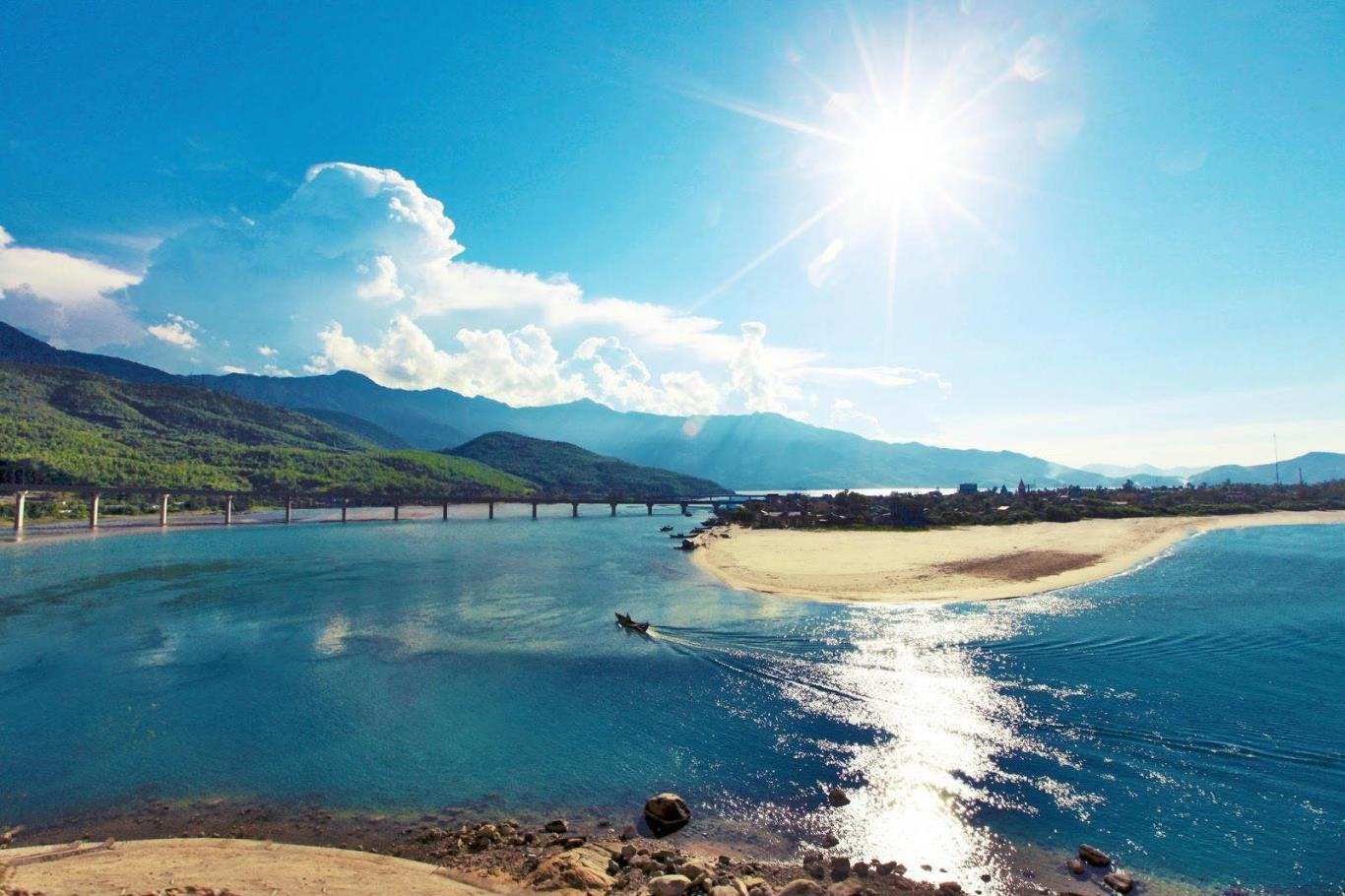 Lang Co Bay, 42.5 km long, located at the foot of Hai Van Pass, was once recognized as one of the most beautiful bays in the world in 2009. Especially from April to August is the ideal time to watch the sunrise on Canh Duong beach, fish in Lap An lagoon, explore Bach Ma mountain, take a boat along the Laguna Lang Co canal, watch the sunset on Tam Giang lagoon or explore the culture of the craft village, ...

An Hien garden house is located at 58 Nguyen Phuc Nguyen street, Xuan Hoa village, Huong Long commune, Hue city. In front of the garden house, there is the Perfume River which is considered the most famous and typical garden of the ancient capital. An Hien garden house was built in the late nineteenth century, including much large and small civil architecture with both national quintessence and traditional folk colors and strongly influenced by the feng shui law. 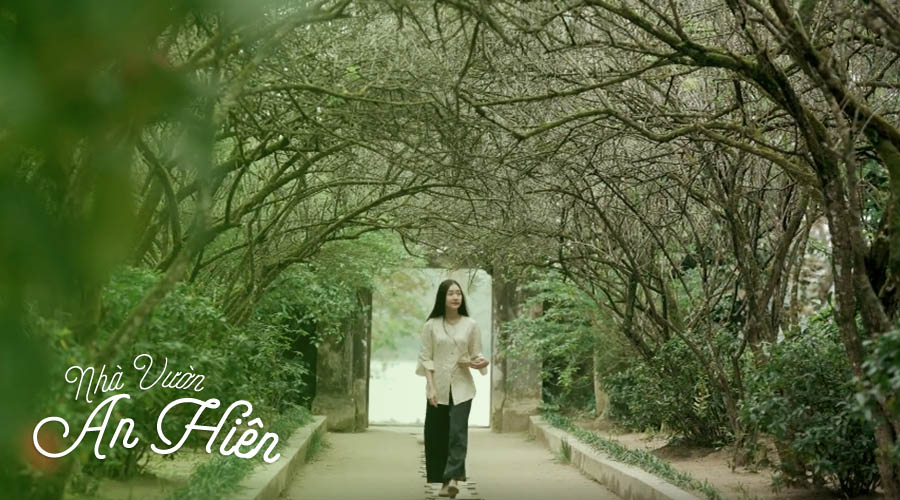 Initially, the house belonged to the 18th princess of King Duc Duc, until 1920 again under the management of Mr. Tung Le. In 1963, the house was sold to Mr. Nguyen Dinh Chi. In 1940, when he died, the garden was left to Mrs. Dao Thi Xuan Yen - his wife. She is the oldest owner and also the one who makes An Hien garden grow even more.

Over a century of existence, An Hien garden house is still almost intact both in landscape and architecture with an area of ​​4608 m2 and a 3-room 2-leaned house is the main architecture, surrounded by ecological space converging all the flavors of the 4 seasons with many kinds of fruits such as Hai Duong litchi, mangosteen, durian, ... there are many rare varieties in all over Vietnam.

Nghenh Luong Dinh or Nghenh Luong Ta is a building used as a place to relax or rest of the king before boarding the dragon boat, located on the vertical axis from Ky Dai to Phu Van Lau. Built under the reign of King Tu Duc in the year 1852, there are architectural structures in the style of the communal house with 1 room with 4 wings, the front and the back are elaborately carved crab shell houses. Nghenh Luong Dinh is a relic in the complex of the ancient imperial city of Hue. 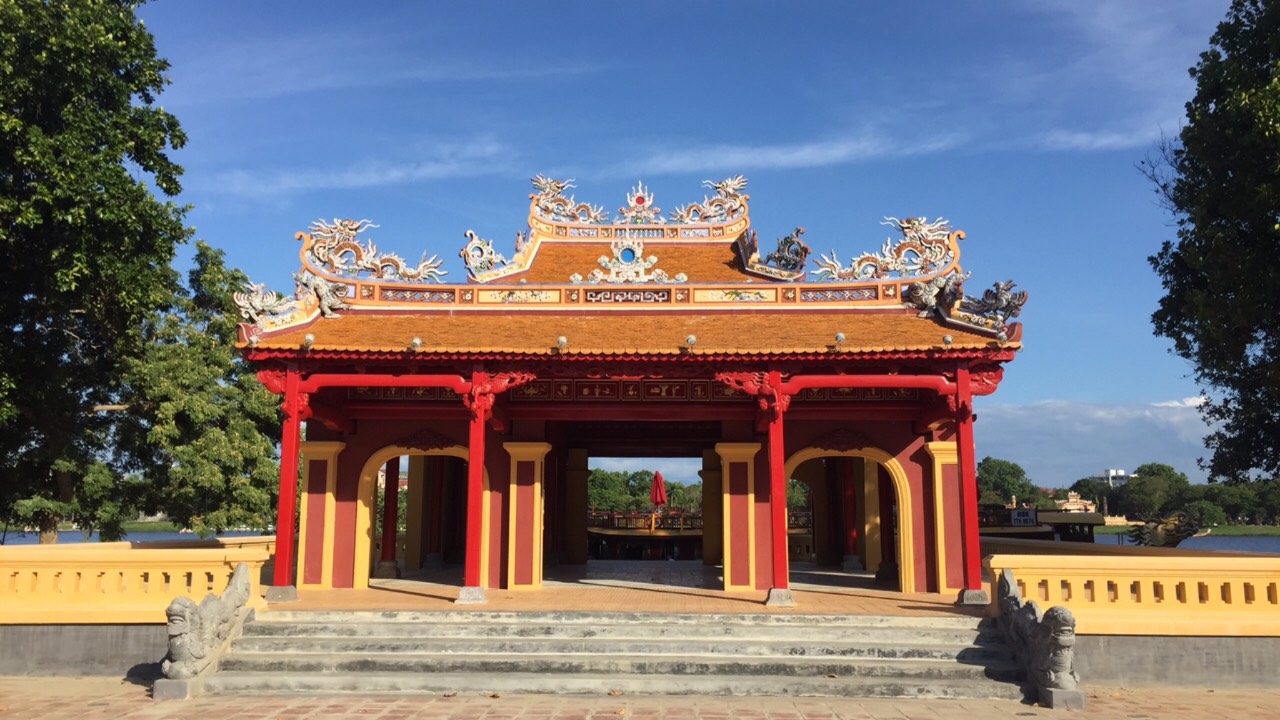 In terms of spatial structure, in the front axis of the Citadel, Nghenh Luong Dinh is the connection point between Ky Dai - Phu Van Lau - Huong Giang - Ngu Binh, possessing a beautiful location to see the beauty of Huong River. Previously, each palace was built with weights to serve the king, however until now only Nghenh Luong Dinh of Huong Giang palace still exists.

Ngu Binh mountain is located in An Cuu ward, Hue city. Formerly known as Bang Son, people often called it with a familiar name, Ngu mountain. This place stands out with the green pine forest planted by the king himself long ago next to the calm Huong River and ancient pagodas roofs creating a vivid picture bearing the characteristic beauty, the symbol of nature of Hue. 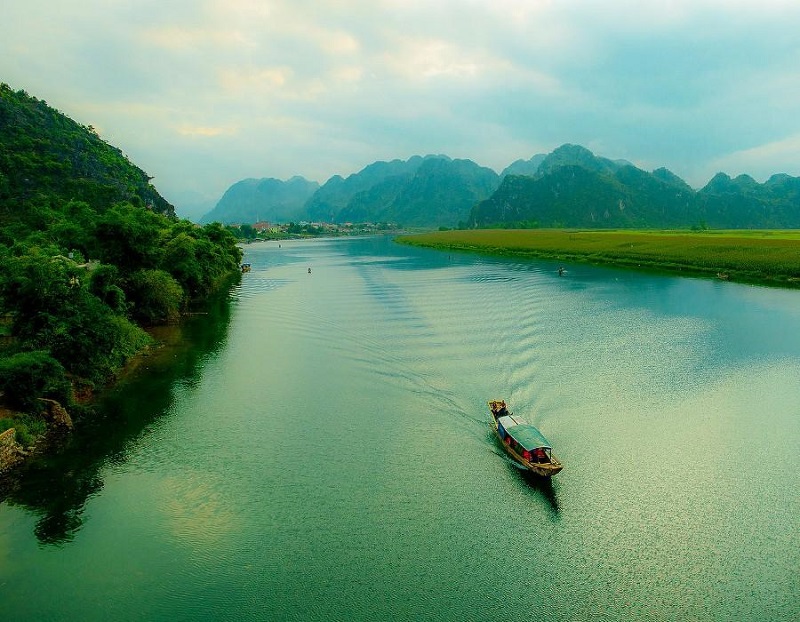 Ngu Binh mountain is about 105m high in a trapezoid shape, with a flat top, two small mountains on both sides: Huu Turn Son and Ta Turn Son. With its unique terrain, Ngu mountain has been chosen by King Gia Long as a criminal record with the meaning of being a screen to protect the city. Although it has been through hundreds of years with many historical events, Ngu Binh mountain is still pristine in its own time, still occupying an important position in the hearts of the people of the ancient capital.